If movies have the power to move us, might they be able to move us to war? Throughout the 1930s and the war years, both the American and British governments, the censorship offices and the secret service certainly thought so.
In fact, so strong was their belief in the power of cinema that the US government attacked Hollywood in September 1941 for “Propaganda in Motion Pictures”. It was their belief that certain men were trying to drag America into a war on behalf of their respective native countries.
One man was high up on that list – Alexander Korda, and his film, Lady Hamilton, made on the request of Churchill was Exhibit A in a huge public investigation that created a furore across America. Lady Hamilton became Winston Churchill’s favourite film, and it is considered to have kept him going during the dark days of the war. He watched it seventeen times, five of which were during wartime.
In truth, as this documentary will reveal, that motion picture was the crowning achievement in a decade long collaboration between Alexander Korda and Winston Churchill, the origins of which go right back to the latter’s “wilderness years” and a time when he was awakened to the power of cinema.
In 1934, Korda signed up Churchill as a screenwriter, keeping him afloat financially whilst he was out of office. Then, in line with his literary and political ambitions, he brought the history of the English-speaking peoples to the big screen in vast epics which won over America – a feat never before imagined possible, and at a crucial time. This film will argue that this action helped to embolden the “special relationship” between the two countries just when America was becoming staunchly isolationist.
Alexander Korda was born Sandor Kellner in the rural plains of Hungary to peasant parents, in stark contrast to Churchill who was the nephew of the Duke of Marlborough. After a brief and confrontational spell in Hollywood, Korda arrived in Britain. This film tells the story of how Korda in many ways became Churchill’s Propaganda Minister at a time when the world was entering an ideological crisis, which played out essentially in a “film war” – before becoming a very real war.
A recent biography has described Alexander Korda as being Britain’s only movie mogul. This film will show how he was more than that. He was arguably the greatest mogul of them all.

John Fleet is a British film director, producer and writer. He began his career in advertising as a creative working for Ogilvy & Mather, Saatchi & Saatchi and DDB in Paris for brands such as Air France and Yahoo. He studied cinema on the side, making short films and eventually made the transition into film. Churchill and the Movie Mogul is his first feature-length documentary. 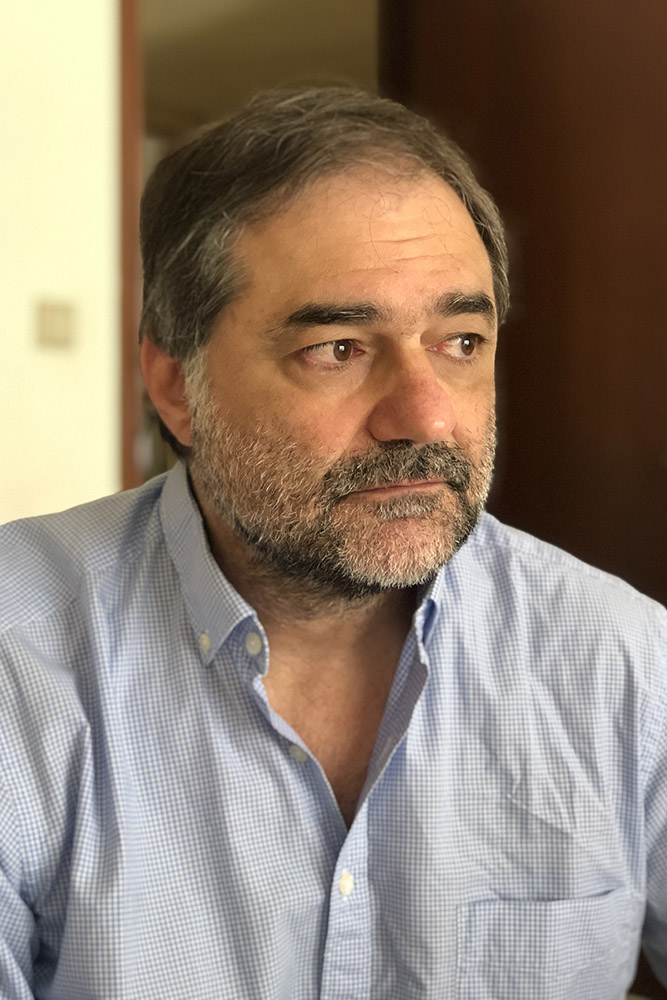 Joseph Bahout is Director of the Issam Fares Institute for Public Policy and International Affairs at the American University of Beirut; where he is also an Associate Professor of Political Science. Prior to that, he used to teach Middle-East Politics at Sciences-Po Paris, was a researcher at the Carnegie Endowment in Washington DC, and he served as a consultant to the French Minister of Foreign Affairs.

View Zoom Discussion about the Film